Part 1B: In vitro Laboratory Trials 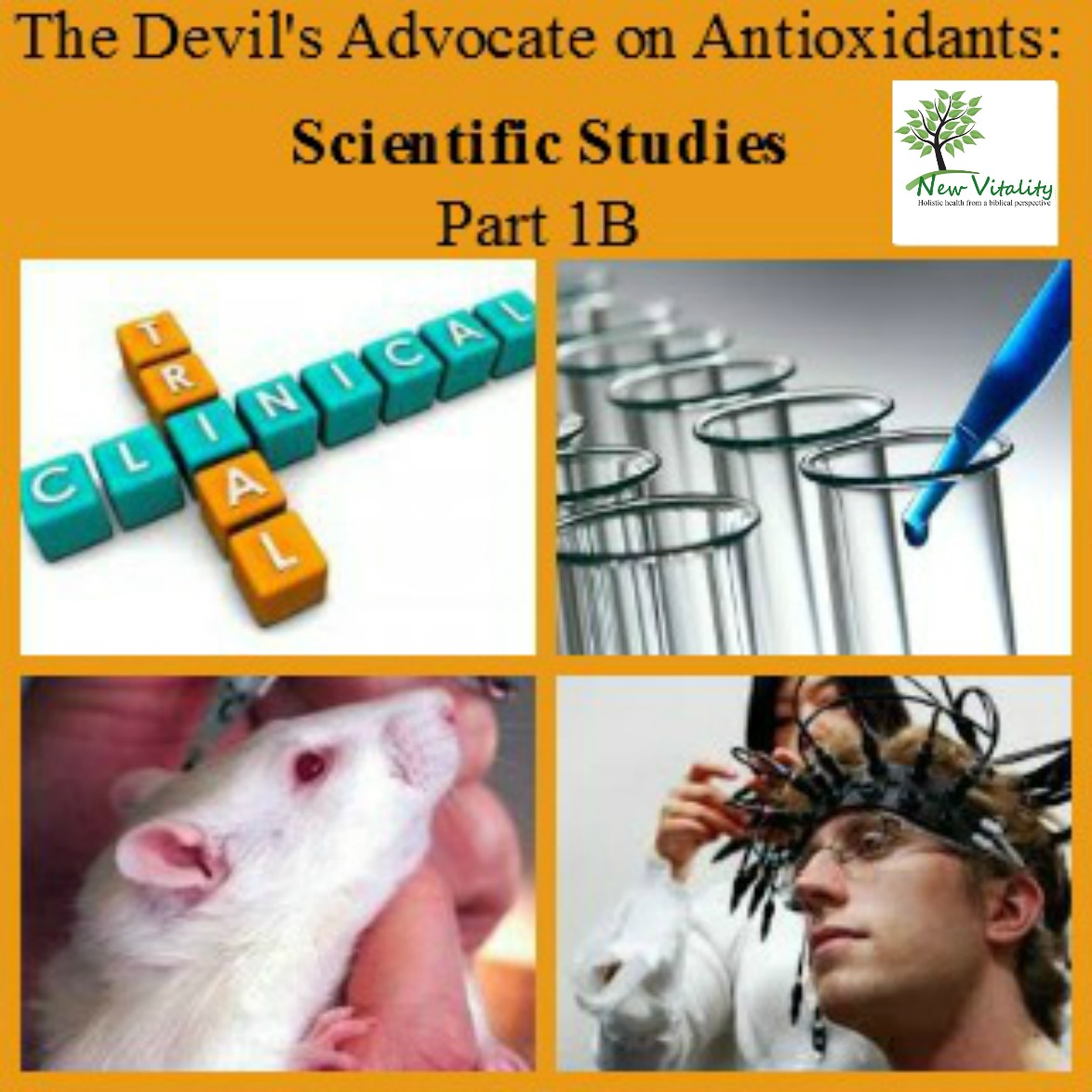 In the first two volumes of “The Devil’s Advocate on Antioxidants,” I presented the free radical and antioxidant theory as well as an opposing theory that touts reactive oxygen species (ROS) as being a natural, biologic process, not at all harmful to the human body. The rub between these two theories comes when scientific studies are examined and contradictory evidence is revealed that not only debunks the benefits of antioxidants but actually demonstrates the harm that these compounds can do to the human body when taken in isolated, high potency dosages, devoid of natural synergists (or naturally occurring compounds in whole foods).

In order to better understand this conflicting information, I have taken on the task of summarizing in simple terms the progression of scientific studies. Research begins with a targeted issue to address, such as cancer or psoriasis, and scientists consult a great body of collaborative research to identify a “lead compound,” which is defined as “a promising molecule that could influence the target and, potentially, become a medicine.” (1) There may be thousands of these target compounds to begin with, for instance with cancer, one may look at compounds that may have any number of effects upon cancer, such as those that:

The possibilities are endless, and as the saying goes, “There’s more than one way to skin a cat!”

After the list of targeted compounds has been reduced from thousands to hundreds, then Pre-Clinical Trials can begin. During this phase, laboratory and animal testing are conducted to further narrow down the list of targeted compounds to only a handful, which will be used in Clinical Trials. These trials often begin as Laboratory Trials where scientists develop and test new ideas in one of three ways:

1) In vitro (Latin: in glass) studies -OR- “test tube experiments”: “conducted using components of an organism that have been isolated from their usual biological surroundings in order to permit a more detailed or more convenient analysis than can be done with whole organisms.” (2)

Well, we are only now just getting started, but little by little we will further explore the process, pros and cons of scientific studies in future installments of “The Devil’s Advocate.” For now, hold on to the thought that in vitro is just one type of study, and it has its limitations for sure.